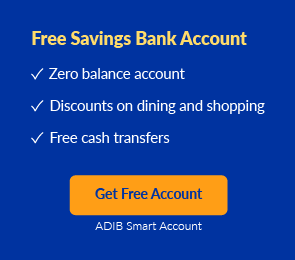 Your details are safe and secured

I hereby acknowledge and agree to allow Citibank to share my details with any UAE credit bureau and make enquiries about me with any UAE credit bureau at its sole and absolute discretion. I agree to the Terms and Conditions listed below. Citibank Terms and Conditions apply, are subject to change without prior notice and are available upon request. For the current Terms and Conditions, please visit our website www.citibank.ae. All offers are made available on a best-effort basis and at the sole discretion of Citibank, N.A. Citibank, N.A. makes no warranties and assumes no liability or responsibility with respect to the products and services provided by partners/other entities. By inquiring about our services, offers or products, you will be authorizing our representatives to approach you on your contact details including your telephone/mobile number for any product or service offered by Citibank. The applicant agrees to be bound by Citibank’s General Terms and Conditions available on the website www.citibank.ae. The applicant hereby represents and warrants that the information provided herein is true, accurate, and complete and that he/she agrees to remain responsible for and to indemnify Citibank, N.A. from and against any losses, claims and/or liabilities incurred by Citibank NA as a result of having relied on such information. Citibank, N.A. is not required to verify the information provided by the applicant and neither is the bank obliged to provide the applicant with any loans or credit facilities based on the provided information. The information provided on this website does not constitute the marketing of any products or services to individuals resident in the European Union, European Economic Area, Switzerland, Guernsey, Jersey, Marino, San Marino, Vatican and Isle of man. The content on this website is not, and should not be construed as, an offer, invitation or solicitation to buy or sell any of the products and services mentioned herein to such individuals. Find your nearest Citi branch: www.findmyciti.com/ae/. Call us at: +971 4 311 4000.

Thank you for providing your details.

Provide the following details to get a quick response

Get a Call
I don't want to share further details

National bank of Abu Dhabi provides the best feature called NBAD Stars on its credit card. NBAD Stars are the bonus points, an NBAD cardholder gain on every usage of the credit card. These reward points can be redeemed to extraordinary benefits like Skyward miles, flyDubai benefits, other airline vouchers, dining benefits and much more.

NBAD Stars are well known as the loyalty points obtained on each and every usage of the NBAD credit card. These Stars can be redeemed on unlimited offers on dining, flying, leisure and many other.

How does NBAD Stars work?

Whenever an NBAD credit cardholder uses their credit card he will gain some Stars on every AED spent. Once the NBAD Stars are added to the account, they can be redeemed on the benefits provided. The number of Stars earned depends on the credit card used. 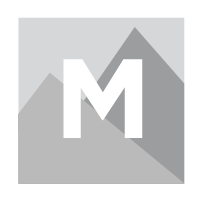 How to earn NBAD Stars?

How to Redeem NBAD Stars?

NBAD Stars can be redeemed very easily and quickly. You can visit NBAD Stars Travel page and redeem it on the travel bookings.

NBAD provides NBAD Stars Card, this card will have the Stars you gained till date. NBAD Stars card is more like a debit card which has Stars gathered in it. You can use this card at the selected outlets instead of cash or other cards and pay with the Stars in it. Minimum 20,000 NBAD Stars are required to redeem which values AED 100 approximately. To transfer your NBAD Stars to the NBAD Stars Card, call to the NBAD Customer service 600566223 or you can sign in to NBAD Stars page and convert as per your choice.

Emirates Skywards members can get your NBAD Stars converted to Skywards Miles. Call NBAD Customer care 600566223 and request for conversion or you can sign in to NBAD Stars page and convert as per your choice. 10 NBAD Stars are equal to 1 Skywards Mile.

⭐ How many days will it take to convert my NBAD Stars to the Etihad Guest Miles?

A. It will take 7 working days to get your NBAD Stars converted to Etihad Guest Miles.

⭐ What is the validity of NBAD Stars?

A. NBAD Stars are valid for 3 years.

⭐ How to register for NBAD Stars?

A. Once you get your NBAD Credit Card you will be automatically registered to NBAD Stars.

A. Yes, NBAD Stars are available to supplementary card holders too.

⭐ Can I exchange my NBAD Stars with Cash?

A. No, You can’t exchange it for cash.

⭐ What is the maximum limit of NBAD Stars I can maintain?

A. There is no maximum limit of the NBAD Stars. You just need to use it before expiration.

⭐ Can I transfer my NBAD Stars to another account?

A. No, You cannot transfer your NBAD Stars to another account.

⭐ When can I get NBAD Stars card?

A. If you have minimum 20,000 NBAD Stars which are equal to AED 100, then you are eligible to get an NBAD Stars Card.

⭐ How can I check NBAD Stars available?

A. You can login to NBAD Stars page or call NBAD Customer service and check your Stars balance.

We encourage our users to have discussion on questions they might have on financial products and help other users by sharing their insights. Kindly help us in making this site useful. We don't encourage any spam posts here. This is a public forum, so we request you to be safe by not disclosing personal information such as bank account or phone numbers etc. Please follow our posting guidelines. All the comments posted under MyMoneySouq official account are not reviewed by the financial institutions.