MyMoneySouq Financial Blog
Home Personal Finance National Bonds in UAE- Is it worth an investment?

It is an organization led by the Dubai bonds company, initiated by the Government of Dubai with 50% ownership. The company offers a Sharia Compliant scheme for investing money, with an aim to provide low-risk savings to the people in UAE. It allows people to buy bonds and turn that into profit, after some time by gaining annual interests which are usually more than what the banks in UAE offer.

The National Bonds scheme has been initiated with the motto of being “Everyone’s favorite place to Save and Invest”.

National bonds scheme is available for all, including UAE Nationals (Emiratis) and resident expatriates. Anyone older than 21 years of age can purchase a national bond. In the case of minors, they’ll need their parents’ and/or legal guardian purchase the savings bond for them.
There is no restriction on the minimum income for these bonds as they are meant to serve the purpose of saving money for the future.

There is a minimum investment requirement of 100 AED, where you can get ten bonds valued at AED 10 each or even a single bond valued at 100 AED. There is no upper limit, however, and you can purchase a bond of any amount greater than 100 AED.

The investment made in NBC will be utilized by the company for making profits and finally, the profit will be shared among the investors. The interest rates in UAE which will be offered to the investors would vary every year. The profit rates are higher compared to the banks which averaged to 2.89% as per 2016 report. The profit rates keep rising as you extend the tenure your bonds by the end of a year, which is like “The longer you save, The more you gain”. There is a minimum time requirement for which an investor has to hold a bond; this is set at 3 months where the investor gets 40% of the annual interest after withdrawing by the end of the third month.

National bonds have experienced immense profit so far. It has provided high profits rates than any bank savings accounts. The profit rates provided depends on the bond value.

In 2018, National bonds have invested on a real estate project on Reem Island and one more project on Satwa close to Citywalk. So the authorities are expecting higher profits by around 4%.

Apart from the profit rates, one more aspect which is gripping is the rewards. Under this scheme, a customer can claim his/her reward based on the investment made and earn a reward of AED 50 to AED 10,00,000(1 Million) via a lucky draw. There would be 2-4 draws per bond annually. Depending on investment, and the tenure the number of chances per year per draw is determined. There are gift vouchers of AED 100-25000 which can be purchased and gifted to others.

Investment is very important for everyone in their life which proves to be beneficial for higher studies, any medical expenses, post-retirement funds etc. It is better to invest in schemes which are run by the government as they are trustworthy and mostly risk-free. National Bonds is a kind of investment where you invest some decent amount and earn good interest rates. As of 2017, which was 4%; this shows that National Bonds is definitely worth investing in when you want to invest in UAE. In addition to the decent profit rates, they provide rewards and gifts which are refreshing. 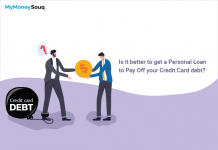 Is it wise to take a Personal Loan to clear the Credit Card Debt? 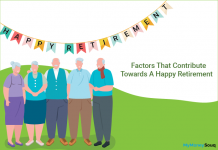 Factors that contribute towards a happy Retirement 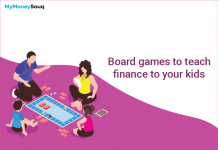 Board games to teach finance to your kids

Hemanta Bijoy - 06-02-2018
0
Credit cards have become a lifestyle necessity for people in the UAE. With an increase in usage of credit cards and healthy...

How to get discount on Abu Dhabi traffic fines? (May 2020)

Is it wise to take a Personal Loan to clear the...

Factors that contribute towards a happy Retirement

Board games to teach finance to your kids

When will you lose your credit card reward points?

How possible is an Early Retirement?

24-07-2020
MyMoneySouq
Smart way to compare Loans, Insurances, and Bank Accounts | Assistance in choosing the right financial product | Bring awareness on financial products
Personal Loan
Popular Credit Cards
Credit Cards
Car Loans
Popular Personal Loan
Bank Customer Care & Helpline contact details
Bank Customer Care & Helpline contact details
Useful tools
Follow Us On
Contact Us
The information provided on MyMoneySouq is for illustrative purposes only. It may vary with the information provided on the financial institute website. We don't decide any quotes, rates, or fees on any of the financial products listed on MyMoneySouq. Visit or talk to the bank personnel before taking any decision. Check these "Terms Of Use" before getting started
MyMoneySouq Bahrain About Us Contact Us Terms and Conditions FAQ Privacy Policy
©2020 MyMoneySouq
All logos are trademark of their respective owner