MyMoneySouq Financial Blog
Home Will Management Updating Your Existing Will 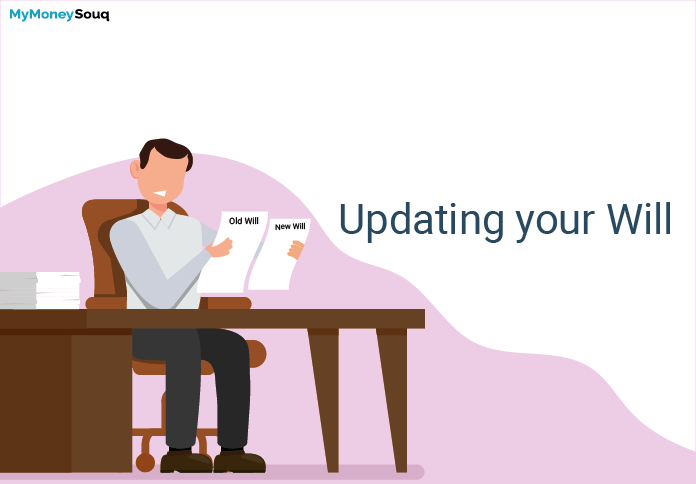 A Will is a legal document. The purpose of a Will is to leave clear instructions for the distribution of your assets after your death. Many jurisdictions restrict who may benefit from your estate whilst others provide greater freedom. No matter what type of law influences your assets, it is important for your Will to remain current. Therefore, you should regularly review your will to make sure it reflects your current wishes.

In this article, I will examine when you may wish to review your Will and how. There are 3 broad situations when it makes sense to update your Will when there are changes in:

When our circumstances change, often our wishes or the laws which impact us change too. For example, moving from your home country to the UAE resulted in some of your assets being subject to the laws of the UAE rather than those of your home country.

Buying real estate in a foreign country is another common occurrence that would necessitate a review of your existing Will. Understanding the laws of the country where you have bought the property is essential and may influence your decision to buy or continue to rent.

Other changes that happen in life such as marriage, the birth of children, and divorce are all times when a Will should be reviewed. For example, in India (excluding Hindus) marriage will cancel a previously prepared Will. The same is true for Wills prepared under the law of England and Wales. For Wills prepared in Scotland or Cyprus the birth of the first child after marriage will cancel a Will. Strangely, divorce does not usually cancel a Will, but it often has an impact on a person’s wishes and, depending on the law, the rights of the former spouse.

Of course, it is not just our own lives that change. The lives of the people we have appointed under our Will may also have changed. People who were appointed to administer your estate may have died themselves or the nature of your relationship with them may have changed which would make them unsuitable. People appointed as guardians for your young children may have separated or divorced. Whilst they may still want to act as guardians, most single parents work very hard at keeping their own families together, and asking them to care for additional children may be unfair. For older children, they may have married a partner of whom you do not approve and who you would not want to share in your estate if they were divorced after your death. Some children are better with money than others and this only becomes apparent as they grow up. Therefore, you may wish to protect your child against their imprudent ways by appointing a person as a steward to their inheritance.

Even though we do not pay direct taxes, like income tax, here in the UAE tax is still an important subject to consider. Many jurisdictions will seek to claim part of your estate in tax on your death. Careful planning in advance and use of exemptions and allowances via your Will can help mitigate the tax charged. This area will require specialist knowledge from the jurisdictions where you hold assets as well as your home country and the UAE. A detailed understanding of any double taxation treaties or agreements between these various states is the starting point for most international tax planning. Taxes are regularly amended by governments around the world to fulfill a political or economic aim. Therefore, keeping up to date with those which are affecting you is important.

As with tax, expatriates or at least their legal advisers, need to be aware of more than one set of rules. These rules change over time. Within the UAE a landmark event in recent years was the opening of the Dubai International Financial Centre (DIFC) as a place where expatriates can lodge their own Will. The DIFC follows common law, which is similar to English law. Importantly, the DIFC court’s decisions are followed by local courts, where Sharia law is in place. In many cases, this will speed up the administration of estates and ensure the assets are distributed in accordance with the wishes of the deceased and not based on local law.

Acceptance of a Will in a particular jurisdiction can also change. In the European Union, legislation to ease the administrative burden for cross-border estates was passed in 2012. However, if a country becomes more nationalistic, the law may move in a different direction and forcing those who hold assets there to make separate arrangements.

How To Change Your Will?

Give the above, you can see Wills are regularly changed. It is essential amendments are completed with the same care and consideration as when the Will was originally prepared. Writing on the Will and crossings out are NOT to be considered as they may invalidate the Will entirely or may be misinterpreted.

In the past, an addendum to the Will called a codicil may have been a straight-forward way of changing a Will. This is a separately drafted document which is then attached to the Will. However, if the codicil is lost it has no effect. Whilst few Wills are contested, of those which are, many have codicils.

Therefore, the majority of Will Writers recommend the preparation of a new Will. Where there are only minor changes and you use the same Will Writer as prepared the original document the cost is usually minimal.

As an alternative, some jurisdictions permit testators to have a letter of wishes addressed to the people administering their estate (executors). These letters, whilst not legally binding on the executors such as a gift under a Will, guide the executors on your wishes. The advantage of this is the letter of wishes can be updated as often as the testator wishes without the need to rewrite their Will.

If you have not looked at your Will for a couple of years. Ask yourself these questions…

Regularly reviewing your Will is important. Not just because your life and wishes change but last external factors like tax and legislation. 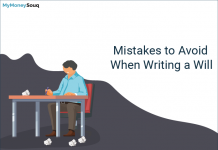 Mistakes to Avoid When Writing a Will 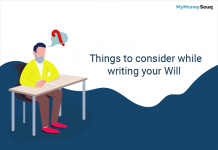 Things to consider while writing your Will