Sukuk, another term which came into existence in the late 2000s is an islamic financial certificate, or popularly known as Islamic Bonds. Sukuk is very similar to bonds in western countries, with only difference being that Sukuk is guided by Sharia which is an Islamic religious law. Islamic law prevents ‘riba’ or interest on your bond, and is not permissible to be paid on your Sukuk.

How does sukuk bonds work?

Sukuk represents shares, which are undivided when it comes to owning them in a tangible asset. All the debt related to sukuk is owned by the issuer of the bond, and a part of the asset is owned by the investor, which is linked to a specific investment activity. So the basic difference between bondholders and sukuk holders is that, the sukuk holders will receive a portion of the earnings from the asset. The main motive behind creating sukuk is to link the returns from the asset and cash flows of debt financing to an asset being purchased, and distributing the profits of the sukuk effectively.

Sukuk was first introduced in Malaysia in the year 2000, which was followed by Bahrain in the year 2001. Sukuk bonds are mostly used by Islamic Corporations and State run organizations. Sukuk can also be explained with an example of Trust certificates, which are issued by SPV (Special Purpose Vehicles). Special Purpose Vehicles were created by the organisations to raise funds.

Let us try to understand the basic differences between Sukuk and Traditional bonds:

Issue Unit: When it comes to traditional bonds, each conventional bond represents a unit of debt. Each sukuk represents a share of the underlying asset.

Rewards and Risks: Traditional bond holders regularly receive interest on the bonds that they have invested, for the life of the bond. Traditional bond holders get the guarantee of receiving their principal amount back at the bond’s maturity date. Sukuk holders receive a share of the profit from the asset that they have invested in and accept a share of any loss incurred on the asset.

Investment Criteria: Generally, traditional bonds can be used to finance any asset or project, but the underlying asset of sukuk should be sharia compliant.

Sukuk and Traditional bonds, both can be sold in the secondary market.

The popularity of sukuk in the markets has increased in between 2011 and 2015. According to International Islamic Financial Market, the total sukuk issued has been increased to $767 Billion in between 2011 and 2015. Sukuk bonds have witnessed a lot of popularity in Asia and the region of GCC. Sukuk bonds enjoy a substantial amount of liquidity compared to its Traditional counterparts. As sukuk bonds involve more of assets than debt, they have witnessed a rising popularity amongst investors in the international market.

Sukuk securities have known to give an average return of 5% compared to any fixed deposits and bonds, whose highest return has been averaged to 1.75%. Sukuk bonds also come with a greater risk, but as they say more the risk, merrier will be the profits. As Islamic economy has seen a rapid growth, the link to the higher average return of sukuk bonds is pretty applicable.

There are basically five types sukuk bonds in the Islamic Market:

Mudharabah (Profit Sharing): In this type of a sukuk bond, profits will be shared between the issuer and the investor based on a pre agreed profit ratio. In the case of loss, all the loss will be borne by the investor, unless there was some negligence on the side of the venture and issuer.

Musharakah (Profit and Loss Sharing): This basically like a partnership between two parties, who have agreed to finance a venture. All the parties agree to finance the capital either through cash or in any other kind. Profits are shared on the basis of a pre agreed ratio, and the losses are divided on the basis of capital contribution.

Murabahah (Cost plus sale): In this type of sukuk, basically a contract of sale and purchase is made between the parties, where the cost and profit margin is made known to the parties.

Al-Wakalah (Investing through an investing agent): In this type of a contract, a party sanctions another party to act on behalf of the principal party based on the agreed terms between them.

Ijarah (leasing): In this type of a sukuk contract, a party(lessor) leases out its asset to another party, on few agreed terms for a predetermined period. The ownership of the asset will always lie with the lessor.

The most important point to understand is, that the value of a sukuk is linked to the value of its underlying asset. Hence, it becomes important to understand is, the productivity of the underlying asset, not money or inflation. According to the recent Islamic market dynamics, sukuk is a great starting point for issuers and investors investing in the asset.

Manasa Netrakanti is an avid traveler and writer. Throughout her life, she has travelled to various states across the country and has also been acquainted with various languages and culture. She loves to read various books on Mythology fiction and autobiographies. Manasa wishes to become an author someday, who can inspire the world with her writing. 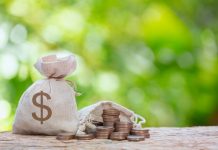 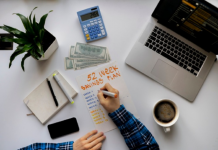 How does a 52-Week Savings Challenge Work? 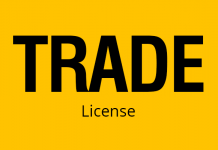 Know about E-Trader License in Dubai

All about Payit – A Digital Wallet by FAB

How does a 52-Week Savings Challenge Work?

04-08-2021
MyMoneySouq
Smart way to compare Loans, Insurances, and Bank Accounts | Assistance in choosing the right financial product | Bring awareness on financial products
Personal Loan
Popular Credit Cards
Credit Cards
Car Loans
Popular Personal Loan
Bank Customer Care & Helpline contact details
Bank Customer Care & Helpline contact details
Useful tools
Follow Us On
Contact Us
The information provided on MyMoneySouq is for illustrative purposes only. It may vary with the information provided on the financial institute website. We don't decide any quotes, rates, or fees on any of the financial products listed on MyMoneySouq. Visit or talk to the bank personnel before taking any decision. Check these "Terms Of Use" before getting started
MyMoneySouq Bahrain About Us Contact Us Terms and Conditions FAQ Privacy Policy
©2020 MyMoneySouq
All logos are trademark of their respective owner