The Insurance Authority of UAE has made mandatory implementation of the changes in the insurance policy and new tariff system, effective from January 1, 2017. According to this tariff, there is a hike in the premium paid to the insurers. But this premium is not the only thing that is changing. Other policies are being passed, and they do right by the rise in the premium.

Accident coverage extended to family members: As per old guidelines, in an accident, only the insurer was covered and not the family members involved in it, unless there was an add-on of family member coverage in the policy. But according to the new rule, direct family members such as parents, children, wife/husband are covered.

Precise rule on declaring a car as a total loss: According to the new rule, if the chassis of the vehicle has been completely destroyed, then the insurer will not attempt repair of the car and instead provide a replacement with a new car or the amount of the car as per the market value.

Separate quotes: According to the previous insurance, the comprehensive insurance policy covers include TPL and own damage. But now the insurer can apply and get quotes for TPL and coverage of own damage and can also buy from different providers.

Cost: according to the new insurance policy guidelines, insurers cannot demand of additional fees such as ambulance fee, etc.

Ways to overcome the hike in premium:

Compare before choosing: This one is rather simple. It is always advisable that you compare the cost of various car insurance in UAE, before deciding on one.

Cheaper car, cheaper insurance: No maths in it. Not all cars are built the same and hence the insurance premium differs from car to car. The recommendation, put more thought on the price of the car since the insurance is based on it.

Avoid add-on packages: in the case of both the insurance and your car, avoid any add-on packages if it is not necessary for you and you don’t mind paying an extra premium for it.

Discount on claim free record: Last but not the least, we all know that if you haven’t been in an accident or have not claimed insurance for a year, you get a discount on the premium. So try to exploit this as it will be beneficial for you in both ways.

To conclude, we can say that even if there is a raise in premium, the Insurance Authority has made sure that the new rules are justified for both the insurer and the insured and is unambiguous.

How to Start End of Life Planning? 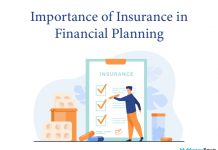 Importance of Insurance in Financial Planning